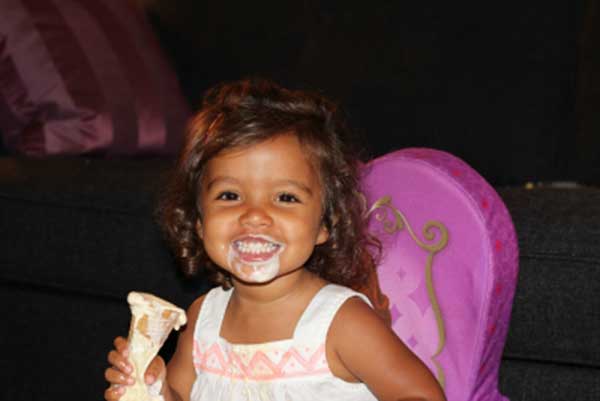 Posted at 23:02h in Inspiration by calvinadmin 0 Comments

No coaching calls, no seminars and no talks last night. My wife had a function, so it was just me and my daughter, one on one.

We had dinner and then I had plans for my daughter and I to go to the local ice cream parlour and buy her an ice cream cone. We arrived and there were people everywhere but no ice cream guy and then eventually he emerged from the back.

Making a two year old wait for ice cream is not a fun experience and I don’t recommend it. So, I’m watching this elderly couple that was ahead of us, try and figure out what the hell they’re gonna order. All I could think was, “have you never seen ice cream before”, it was painful to watch. Finally after what seemed like an eternity they suggested that my daughter and I go ahead of them. They could see that she was becoming very impatient. Then to make matters worse the ice cream guy was on his cell phone! C’mon!

Anyways, I’m here for my little girl, I suck it up and order her a kid size cone. The ice cream guy with his phone tucked between his shoulder and his ear prepared her cone. I paid him and he scurried off to handle the elderly couple who had never seen ice cream before. Meanwhile my daughter was so ecstatic, she immediately started to devour the largest kid sized cone I’d ever seen. As she began to lick and drip everywhere, I realized the ice cream guy gave us one smurf sized napkin!

As she was trying to lick this jurassic sized cone, she knocked the ice cream off the cone forcing me to catch it in my bare hand and then squeeze it back into the cone. She was happy, I was losing it! My hands, my clothes, and her entire body were covered in ice cream and all I could think was…”damn ice cream guy”.

Even in areas where I didn’t have a lot of experience, or training or had no idea what I was doing. I would do my best to step into their shoes, anticipate any potential challenges and handle them in advance. My goal was to simply make sure whoever I was working with would “see me and have a good experience”. The goal was to become the guy people wanted to interact with, to make them want to come back.

As Brian Tracy so effectively says “you should be focusing on the second interaction”. In other words make this experience so great that they can’t wait to come back for the second.