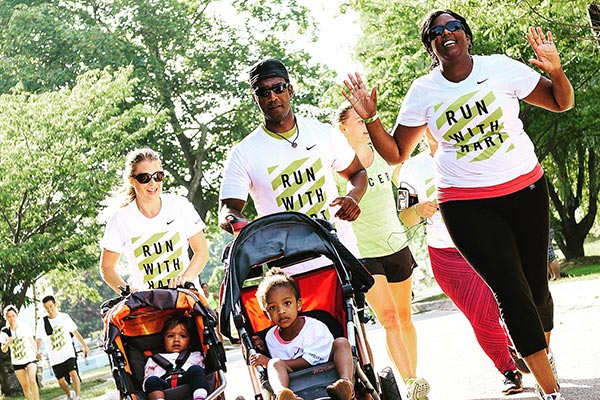 Posted at 23:13h in Inspiration by calvinadmin 0 Comments

I don’t know about you, but I really struggle with both of those questions. Forcing someone into something that they don’t want or need, purely for my own gain has always been difficult for me.

So, I’m curious, have you ever heard the story of the farmers and the calf?

At the end of a very long work day a farmer and his son had to get a calf back into the barn but the calf resisted. The two grown men with all their might couldn’t push (force) that baby cow back into the barn…it simply did not want to go. The more they pushed, the more the calf pushed back. Meanwhile, the farmer’s wife was watching this scene unfold from the kitchen window. Lovingly, she chuckled to herself and made her way out to support her two favourite men.

“No we can do it”, her husband grunted as he continued to try and push the calf.

Then the farmer’s wife put a little milk on her baby finger and placed her finger in the calf’s mouth. The calf tasted the milk and calmly began to suck her milk soaked finger. The farmer’s wife looked at her two boys with a sheepish grin and gently led the calf right into the barn.

Why am I telling you this story?

All too often we think we need to apply extra force to make results happen…or we need to push our way through. When quite often, what we need to do is simply serve the greater good. What does the situation require? Maybe, it’s about putting our needs aside and trying to serve others needs instead.

This past weekend my wife, my daughter, my sister, my niece and I, all took part in the Kevin Hart, Nike Run Toronto. For those of you who don’t know, Kevin Hart is star of the movies: Get Hard, Wedding Ringer and currently he is the most successful stand up comedian in the world. Well, Sunday morning at 7am we piled into the car and drove down to the start line. We were among the first racers to arrive. (I’ll be honest we were kinda hoping to meet Kevin Hart). However, when we arrived the organizers told us because we had running strollers for my daughter and my niece, for safety reasons we’ll need to run at the back of the group. Shit! Well, there goes our chance to meet Kevin.

Close to 1000 racers showed up to see Kevin and do the 5K run. The race began and off they went and there we were at the back. We could have tried to force our way through to meet him, we could have tried to sing some sob story to security about why we needed to meet him but instead we decided to simply focus on having fun and enjoy the race.

When we finished there was Kevin, surrounded by security and literally hundreds of fans all hoping to get close to him. Forcing our way through to him still was not part of the plan. So, we sat in the shade at the back of the crowd and celebrated our finish. Then, while I was holding my daughter a couple of racers said, “oh my God, she’s so adorable, you should go over and get a picture with Kevin”. “But he’s surrounded by security”; I responded and they immediately and empathetically shot back “go anyway!”.

The challenge was the participants in front of us, deserved to see him just as much as we did. Who were we to push in front them and deny them their opportunity. Also, security had a job to do as well, they needed to protect Kevin's private space. Why should we piss them off just for our own personal gain.

So, my wife and I reluctantly sauntered over behind the herd of people surrounding Kevin and just stood there.
And then the unthinkable happened.

Kevin Hart walked right up to us. Seriously. We weren’t shouting his name, or frantically waving our hands. Honestly, we were just standing there and he came over grabbed my hand, paused and said “oh my god, what an adorable baby”. You can see the picture above.
All I could think was, when you do things right, it’s amazing how quickly things start going your way. Serve the greater good! 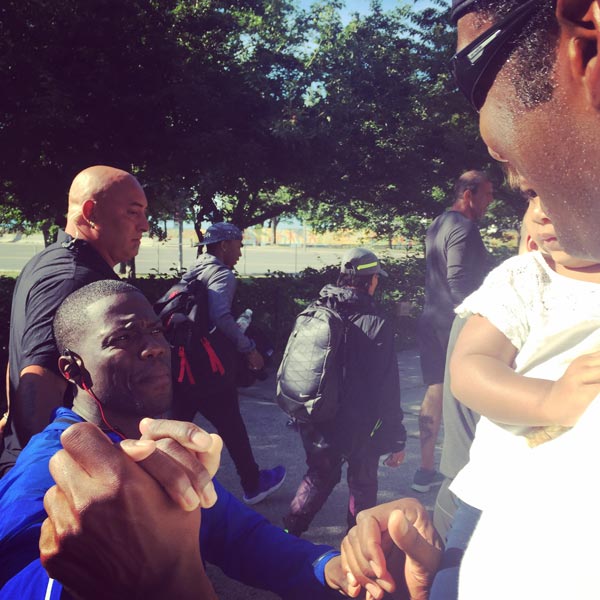